How to make toilet paper , or 65 magic meter 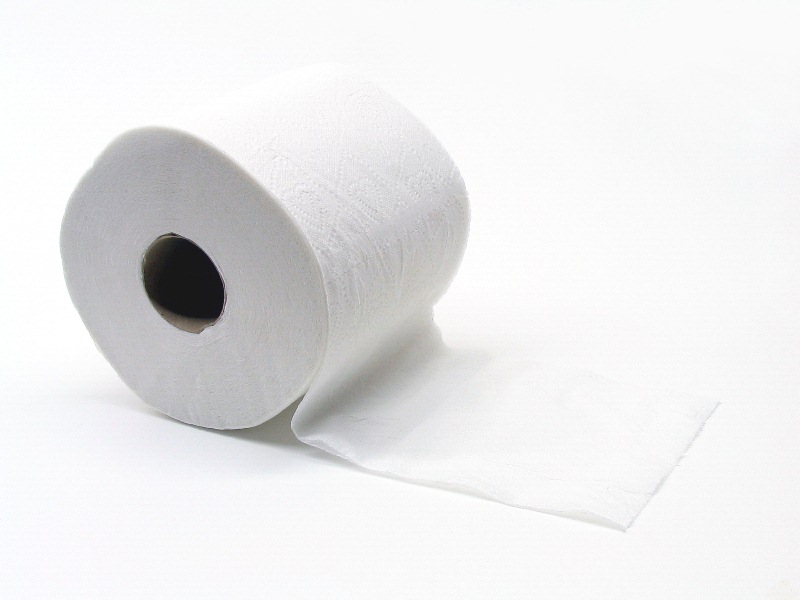 By the new Russian visitors arrived. He leads them posh three-storey mansion. Furniture from natural mahogany, oak parquet, utensils gold, marble bathroom equipment. Concluding the tour, the host shows guests toilet, and there instead of toilet paper - old newspaper. All in shock. "How so? Everywhere gold, diamonds, and suddenly the newspaper! "New Russian sighed and said:" Nostalgia! ".

And after anecdote could just listen and forget, if it were not there the second meaning, more serious. All apartments in the toilet in place of toilet paper and are old newspapers, magazines and books, in short, wastepaper. And this is no joke. Toilet paper made from recycled paper is.

When in the second century AD, Chinese Cai Lun invented paper , it is unlikely to imagine that it will be used not only for drawing and writing , but also for other natural needs . By the invention of paper and the first manufacturer of toilet paper in 1884 it passed a lot of time.

All this time, people were forced to use leaves , straw, lace , soft tissue , and sometimes that comes to hand . Let's look at the process of turning priceless invention Cai Lun in the familiar rolls in more detail.

First, waste paper is cleaned of dirt and impurities. Then it was ground in a grinding apparatus, by adding water. Chopping up waste paper is filtered through a sieve, which are staples and other foreign inclusions, missed in the first step. Purified mixture thus falls into the wash tank, where it is washed with water and recycled water.

The duration of flushing determines the quality and the price of the future of toilet paper: the longer the wash, the whiter the mixture. The wash water is discharged into the sewer. Passing through the pulverizer, vodnobumazhnaya weight falls into the storage tank, and then pumped into the pressure vessel.

From headbox slurry is fed to the regulator concentration. There it is mixed with water to a concentration of 0.5% and a uniform flow is poured onto the mesh table papermaker. Information: This machine consists of a grid table, feigned device, press section, the first and second drying and rolling.

On the grid table slurry is dewatered through nylon mesh, which is both a conveyor belt. Water when moving along the conveyor into the container flows back to the water (it is re-used in production), and pulp withdrawn mesh press fabric.

With the press fabric dehydrated mass is removed first drying drum , which rotates at a speed of 10-13 rpm. It is made of steel, the surface is heated to a temperature of 110-115 degrees with steam under pressure. On the drum mass dried to a moisture content of 40 percent and removed from his blade- knife.

Cut off the tape finally dried on a drum dryer the final drying . Finally, the tape is wound on a bobbin sleeve. The machine cuts them to the usual rolls. Paper prepared.

By the way, there is a perception about the dangers of toilet paper. Some consider it harmful because of the fact that it is made from recycled paper. Allegedly, in the process of purification from impurities is lead, which we safely assume portable. But this opinion is very subjective and not officially confirmed.

There are those who believe that the harm is determined by the roughness of its surface. That is in use may mikroporezy, which can get germs and dirt. Proponents of this theory convincing the world of the need to use a bidet. But, as practice shows, even a bidet and a cleaner and more efficient, fit it in a small closet Khrushchev simply impossible.

Therefore, the average man in the street have to do usual toilet paper, choosing the one that is softer.

And finally, a bit of humor. Recently I found online instructions on the use of toilet paper, but I will summarize it I am not able to be read in the original, and the humor is quite specific. To give just a precaution when using the rest will find yourself if you want.

1. Do not smoke near the product.

2. Keep away from children. Toilet paper is not a toy, but a means of hygiene!

Technology of production of toilet paper

We are looking for cooperation partners in different regions of Ukraine and abroad. We look forward to long-term, partnership. Everyone interested in cooperation send product samples.

The advantages of our products

We appreciate your time

The price depends on the number of products that you order

Free within Lutsk. For Ukraine and abroad by arrangement